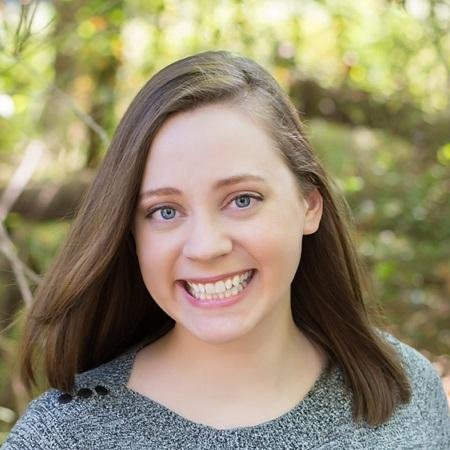 BIO
Heather grew up in the shadow of the Saturn V rocket in Huntsville, Alabama. After spending four years buried in lab reports and memorizing all 206 bones in the human body, after graduation she gratefully returned to her first love of books. She now works in a library near Marshall Space Flight Center, where she quietly fangirls anytime an astronaut walks in to read the newspaper.

EXPERIENCE
My only “official” experience is a technical writing class in college where I learned how to plainly and clearly express myself, and Freshman Comp, where my professor wanted me to join her advanced class and hire me to work as a tutor. But I’ve been CPing for 3-4 years, been in my fair share of contests, and have learned a lot in my publishing journey about what works and what doesn’t. I’ve gone through dozens of rounds of edits on my debut novel with CPs, with my agent, and now with my editor.

I’m alllll about the sci-fi and fantasy, but it needs to be something NEW, fresh, and exciting – not the same old tired tropes of the genres. (And please leave out the racism and the sexism.)

I like my science realistic and plausible, and I’m a huge fan of women in STEM. That said, I’m kind of tired of clones and time travel stories

Incomplete list of stuff I love: space (especially realistic space stories, or thrillers or mysteries that take place in space!), crime stories, witty dialogue (especially when mixed with action and drama, a la SIX OF CROWS!), assassins, ensemble casts (especially with the found family trope), plot twists, smart girls, slooow burn romance, heck give me asexual characters, descriptive language that doesn’t bog down the plot, worlds I want to live in, endings I can’t predict, royalty (send me the stuff Sarah Tolcser doesn’t want!), aliens – especially alien creatures and worlds, cool new twists on or entirely original mythology, spies, animals WHICH DO NOT DIE, secrets, pretty things, non-elemental magic is ok but needs to be original, surprise endings (I’m saying this twice for a REASON), non-traditional romances, female friendships, non-sexual boy-girl friendships, feminist societies, HAPPY ENDINGS PREFERRED but feel free to emotionally scar me along the way. If you can make me laugh one moment and cry the next, or even better AT THE SAME TIME, that’s awesome. Voice is also very important, as it’s not really something an outside editor can change, but I can try to identify spots of inauthentic voice for you. I also like to have everything explained by the end. If you don’t have a cliffhanger, don’t leave me hanging!

I especially welcome #ownvoices and well-researched, respectful diverse novels. But know that, as a straight cis white lady, I am not going to be your best mentor for improving authenticity of diverse narratives. You should have already had a sensitivity reader for such novels that aren’t #ownvoices, or plan to do so in the future.

I generally don’t read contemporary with the exceptions of Stephanie Perkins and Rainbow Rowell. I won’t say don’t send it to me, just in case, but think very carefully before you do. (PS – you have a better bet with contemp if your prose is sparkling, MC has anxiety, is in marching band, has a library or military connection, and/or is a huge, awkward nerd. NO REASON.)

I’m very nice! I hate saying anything that might upset anyone. So if you need gentle feedback, let me know and I can do that for you.

On the flip side of that, I’m very honest. I’ll tell you when I’ve started skimming if I got bored, or if I’m totally confused with what’s going on, or if I think the plot is going in the wrong direction. I like to make in-line comments with my thoughts as they happen so you can see an outside reader’s perspective, and then write a general edit letter with my overall, big-picture thoughts. My strengths are pacing, characterization, and dialogue. (I love dialogue. I also use a lot of parentheticals.)

As I’m the book buyer for YA and children’s at my library, I read a little bit of a lot of books; since there are always ten more I want to read, I’ll stop the moment I lose interest in a book and move on to the next. I’m rubbish with crafting mysteries or describing setting or characters’ clothes. I may or may not give you exactly what you need to solve a problem, but I’ll probably give you a couple ideas to send you in a new direction and trust you can take it from there. I am pretty science-minded and straightforward with description; though I love pretty prose, it’s not my strength.

ALSO I SPEAK IN ALL CAPS A LOT AND WILL SEND YOU PARKS AND REC GIFS AS ENCOURAGEMENT so there’s that.

IDEAL MENTEE
I’d love to work with a mentee who is in this for the long haul, isn’t easily discouraged, understands that publishing is a long game, is accustomed to revision, and is willing to take honest, kind feedback to heart. I’m a painfully nice person, but I will be honest with you! My ideal mentee has done their research on the publishing market, is up to speed on latest deals & trends, has put a lot of thoughtful work into their book. Also, someone who can be patient with me, as I have a fulltime job and a toddler in addition to my own writing time. (I’m almost obsessive with wanting to respond to emails immediately, but sometimes I’m just delayed and it’s out of my control.) My ideal mentee is also a self-motivated go-getter, who can take my nudges and suggestions and run with them.

Incomplete list of faves: Peaky Blinders (until they did that thing that they did in season three which I am still angry about!), Gundam Wing, Sailor Moon, Fangirl by Rainbow Rowell, Star Trek, Parks and Recreation, The Office, Mulan, Mass Efffect, DRAGON AGE, Avatar: The Last Airbender, Jane Eyre, Emma, Ella Enchanted, Animorphs, The Darkest Part of the Forest by Holly Black, Daughter of Smoke and Bone by Laini Taylor, and The Star-touched Queen by Roshani Chokshi is currently making my head spin with its outright GORGEOUSNESS. I also cannot friggin wait for the movie Arrival with Amy Adams.