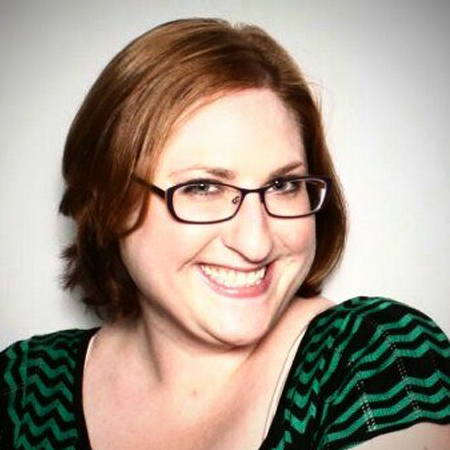 BIO
Alexa Donne works in international television marketing in Los Angeles. She graduated magna cum laude with a degree in Magazine Journalism from Boston University, and previously worked at EF Foundation for Foreign Study, where she managed a bustling Southern region, finding homes for high school foreign exchange students. An avid pop culture fan, Alexa spent many years in Harry Potter fandom, including several positions on staff with convention group HPEF (HP Education Fanon). She coordinated a YA Lit track for HP con Ascendio in 2012, and has been on the YA Lit staff for DragonCon since 2012. Her latest project is Leviosa, a Harry Potter and YA Literature convention. Because she doesn’t have enough on her plate, Alexa is also a mod for /r/YAwriters, co-host of the podcast Upvote YA, a mentor with WriteGirl, and a Senior Advisor with College Essay Advisors.

EXPERIENCE
I have a bachelor’s in magazine journalism and my day job is television marketing–between the two of these I’ve developed a sense of story, spin, brand and sales copy. I’ve mentored teen girls in writing since 2014, and I’m also a freelance college essay advisor. I genuinely enjoy nurturing writing talent, and in fact until I tried my hand at novel writing at age 28, I was always first and foremost an editor. Five of my critique partners have book deals and/or are Big Five published authors, and most of the rest have signed with agents. I had a heavy hand in writing the queries for at least two of the above. I loveloveLOVE helping other writers develop and package their work into something shiny and sellable.

I’ve been on the publishing merry-go-round for a long time now, and feel I can offer myriad advice. I started lurking on Twitter and in the MSFV community starting in 2010/2011, did the contest rounds in 2013 (Pitch Madness and The Writers Voice) and have experienced some of the bumps, as well: signing with an agent, going on sub and not selling, shelving two books, leaving previous agent (amicably!)/writing new book/finding new agent… and now I’m back on sub! I’m pragmatic and have lots of knowledge to share.

OVERVIEW
I love character driven YA with creative worlds that jump off the page. If you’ve mapped out character histories (and psychologies), political systems (or other systems) and/or know how the science works for the Cool Thing in your book? We’ll get along great! Just make sure ALL of it isn’t info-dumped on the page. Character driven doesn’t mean plot isn’t important–a strong hook with compelling conflict/stakes is a must, and I prefer when conflict/stakes/plot don’t derive exclusively from romance. Give me rich worlds with a vivid voice and complex characters who are both easy and difficult to care about. I’m down for intrigue and twists; surprise me, drive me mad with angst… make me cry.

Representation is important to me, in that I think our books should reflect both the world we live in, and the world we SHOULD live in (if we’re not in our world). Meaning: fantasy and sci-fi should be as diverse as a contemporary book. While I am not the best mentor for a contemporary “issues”/identity book (but there are many mentors who are!), I’d welcome any genre books that explore identities beyond white/cis-het/able-bodied in either the MC or in central supporting characters.

MENTORING STYLE
My style is to read the whole book and then write an edit letter–I’m not the person to do copy edits/in line edits in a Word Doc–but I enjoy giving detailed feedback that focuses on story and character arcs, pacing, worldbuilding, and logic. I’ll pose questions that I had, so you’ll know where there might be plot holes/issues.

I’d love to gchat with my mentee, to discuss ideas, the industry, brainstorming, etc. I think my style/criticism tends to fall in the middle: I will be honest, but always attempt to bundle positive aspects as well as suggestions for how to fix something in with anything negative. My CPs will tell you that I’m pretty good at brainstorming ideas for fixing things, and many of them have scenes/things in their published books that I helped them develop. I LOVE writing query letters and I love querying, so I hope to be of particular assistance there.

IDEAL MENTEE
You are: somewhat industry savvy (know the basics), but not a know-it-all. Open to working on your manuscript, but also confident in your work–know when to push back and stand your ground! Not whiny or negative. Able to walk away from a book if needed (and/or has done so in the past), and someone with more than one idea/project up your sleeve.

Fave fantasy movies/TV shows: Stardust, The 10th Kingdom, Ever After, Outlander, My Love From The Star

(Some) Books I <3: ACROSS THE UNIVERSE by Beth Revis, SOMETHING STRANGE & DEADLY and TRUTHWITCH by Susan Dennard, THE DARKEST MINDS by Alexandra Bracken, THE DIVINERS by Libba Bray, Thursday Next series by Jasper Fforde, The Dresden Files by Jim Butcher, NEVER LET ME GO by Kazuo Ishiguro, NOTHING TO ENVY: ORDINARY LIVES IN NORTH KOREA by Barbara Demick